Today, 20th March, would have been the birthday of David Warren – the Aussie who invented the “black box” or Flight Data Recorder. I have told many of David’s stories and to celebrate today, I will tell a more recent achievement of this amazing man. In September 2016, David Warren was post-humously awarded the International Civil Aviation Organisation award called the ‘Edward Warner Award’. This award is bestowed once every 3 years at the Assembly to honor the greatest achievements in civil aviation safety! 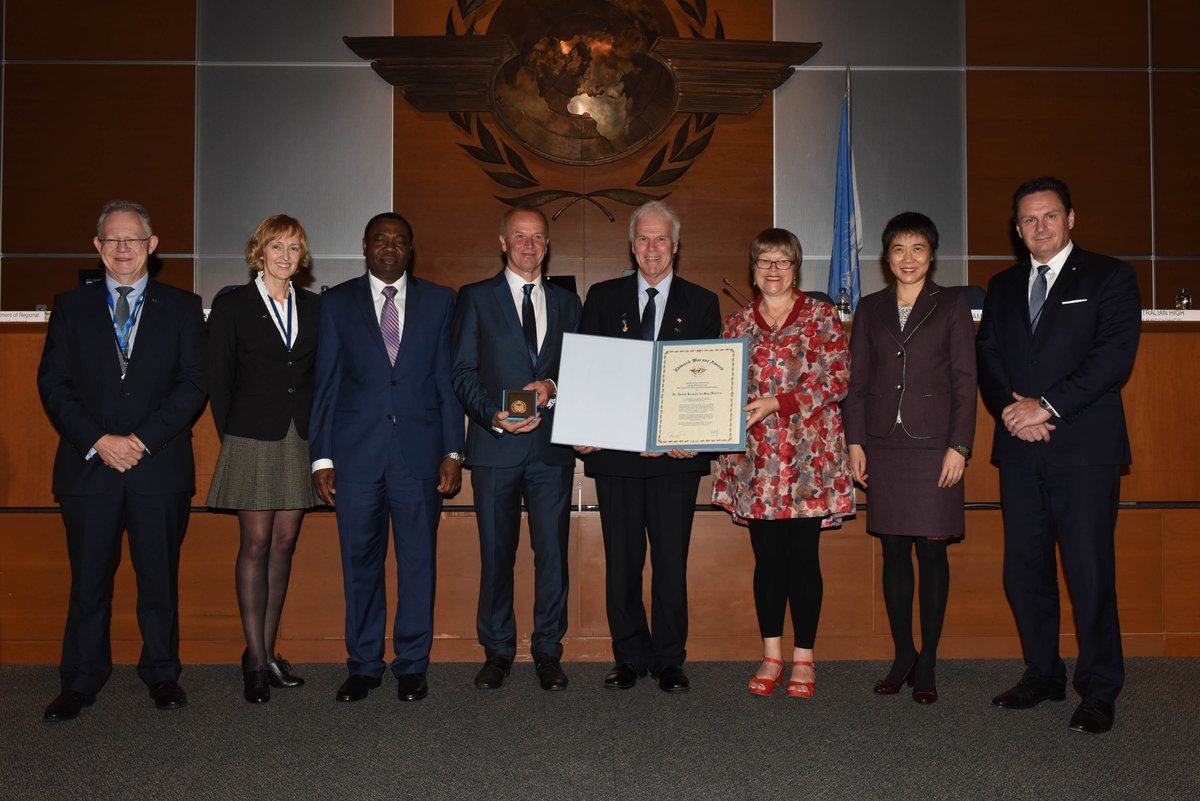 The award being accepted in Canada by David’s daughter Jenny Warren and some other members of his family.

For more info, see the following links
https://www.icao.int/about-icao/assembly/Pages/warner.aspx
https://www.icao.int/Newsroom/Pages/David-Warren-named-2016-ICAO-Edward-Warner-Award-recipient.aspx
Thank you to Jennifer Collier – a public servant who has worked in the Aviation Division of the Department of Transport since 2003. When Jennifer was around my age she met Dr Warren and his wife, Ruth, in Melbourne. In an email to me Jennifer added “At my end, I’ve been very very lucky – it has been part of my day job to prepare and submit Australia’s nomination of Dr Warren for consideration by ICAO for this award.” She made me smile when she told me “I’ve been a fan of yours for some time. It is true – I have watched your interviews lobbying for Dr Warren to be honoured in the naming of an Australian airport and cheered you on.”
What a beautiful award. Happy Birthday David!
-Eve